Christopher Plummer (General Chang, “Star Trek VI: The Undiscovered Country”; Captain Georg von Trapp, “The Sound of Music”)
» Sent fan letter to address in Wampum, Connecticut in the US with a photo and self-addressed stamped envelope on 2015/07/23. Received photo back signed/personalized just over a month later on 2015/08/26. 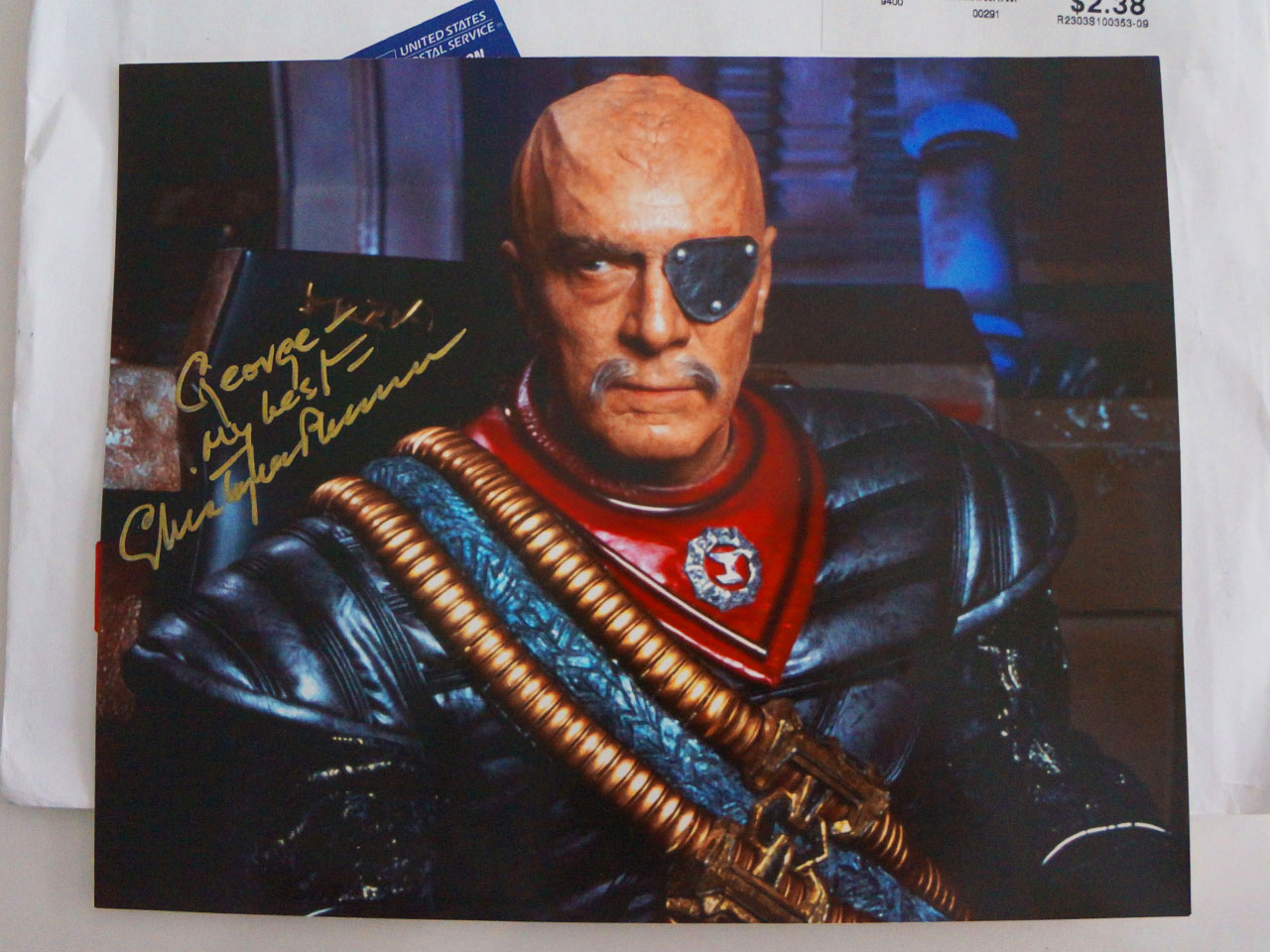 Freema Agyeman (Martha Jones, “Doctor Who”)
» Sent fan letter to her talent agency in London, UK with 2 photos and self-addressed stamped envelope on 2013/05/04. Received both photos back signed/personalized almost 1.5 years later on 2014/09/29. Was extremely happy to recognize the envelope I had sent out come back because I had already given up hope long ago. Alas, due to the photos being printed by Black’s (when I didn’t know metallic Sharpies would be problematic on their photos), the one signed in silver can easily smudge if touched. *sigh* I will have to be extremely careful with it. I’m so relieved she added the “best wishes” inscription on the other photo signed in blue Sharpie instead since that one is safe.

Ian McKellan (Gandalf, “The Lord of the Rings” & “The Hobbit”)
» Sent fan letter to “X-Men: Days of Future Past” via venue address in Montréal, Canada with 2 photos (1 Gandalf, 1 Magneto) and self-addressed stamped envelope on 2013/05/04. Received Gandalf photo back signed/personalized and Magneto photo unsigned on 2013/07/10 mailed from New Zealand. Actually a good thing he didn’t sign the Magneto photo as it likely would’ve been signed in metallic ink due to entirely black background and would have smudged. My Gandalf photo could easily have been messed up with smeared ink.

Black’s already ruined several of my autographed photos earlier in the year at the past two conventions! Of course, I complained to them — good thing they apologized and refunded me my entire photo purchase, so no loss here… still happy with this TTM success from such a legendary actor.