I met all the guests except for Hal as I kept doubting whether I’d go this year to see David and Garry again and forgot to withdraw cash. Luckily, I survived the show with what cash I had in my wallet as I was able to use credit card where possible.

As TFcon didn’t offer the cheapest $10 ticket for after 11am entry this year for some reason, I opted to browse the dealer room instead of lining up for guests for the first hour to justify the annoying $20 “early admission” cost. Luckily, I did find something I wanted and for a good deal in that hour: MP-38 Masterpiece Optimus Primal Supreme Commander for $140 from Kool Toyz. Others had it for $150+. While I was paying for it, other people mistook it as not being mine already and tried to pick it up to “look at it” so I guess it’s a good thing I came in when I did after all then!

Some content exclusively limited to Inner Circle members only.

It was at this time, I decided to go take care of my primary objectives before it was too late. Went to the autograph area to see Garry Chalk again and then David Kaye. I was very happy to be able to get pictures with both of them together as well as individuals. A duo photo op with both of them was very much contingent on why I came to TFcon to see them, especially since this would be my third time seeing Garry again.

I was also able to have Garry personalize an autograph I got from him a few years ago because I wasn’t that adamantly into personalizing yet. He was very kind about it and did it for free, rectifying my once regretful autograph into one I shall treasure so much more now.

David Kaye was one I missed back then and I had been kicking myself since… but now that mistake has been rectified, albeit for $30 more now. 😒

Went back to the dealer room to browse again after that as I was itching for more surprise finds… and boy, did I find something I want! Stumbled upon a bunch of rare Power Rangers Evil Space Alien 8″ figures: Soccadillo, Guitardo, Merrick the Barbaric, Calcifire, and Silent Knight. Wonder if the seller saw my eyes light up as I was so happy when I realized they had Soccadillo, which has eluded me for so many years! As I was grabbing a bunch priced at $15 each, seller offered $50 for the 5 making them $10 each.

Across from the ESA seller, I found a new, mint in box 1993 Playmates Star Trek: The Next Generation Klingon Attack Cruiser. Seller also had the Romulan Warbird but I already have that one. They were priced at $45 each, but he offered them for $35 each. As I already had the latter, I opted to only get the Klingon Attack Cruiser which would be a new addition to my collection.

Went back to see David Wise who was signing autographs and taking photos for free! 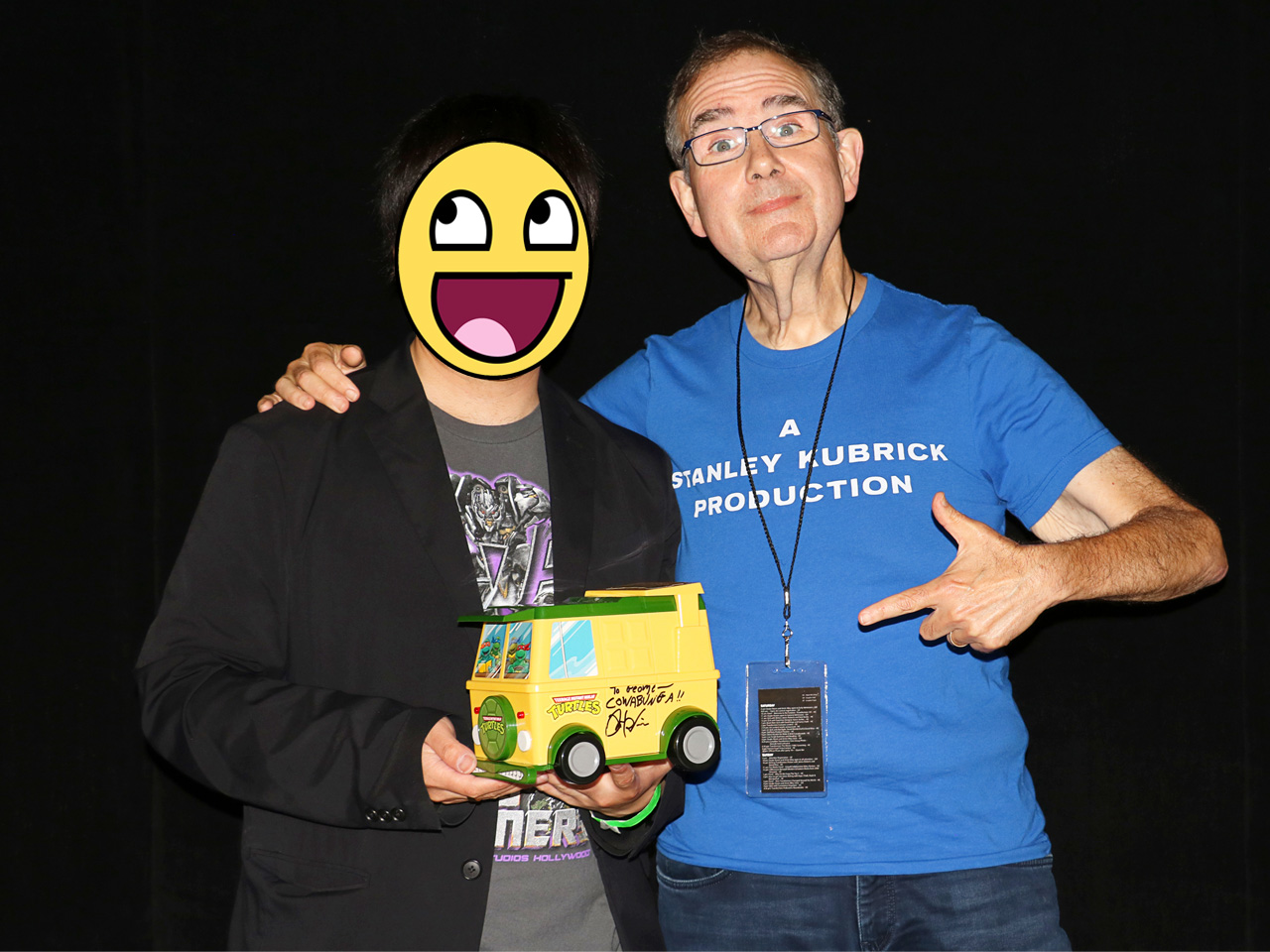 Some content exclusively limited to Inner Circle members only.

Also picked up a bunch of Toybiz 90s X-Men figures I missed out on as a child: Series 1 Juggernaut, Series 2 Magneto, Series 6 Silver Samurai, and X-Force Series 6 The Blob. My Zod, did I want The Blob so badly back then… even though his power is just being fat! 😅 He always evaded me as a kid when I just really want to complete my 90s animated Brotherhood of Evil Mutants. They were $10 each and buy 3, get 1 free making it $30 for the 4.

As the show was closing, I made a final round and snatched up a few last minute finds of the day. Dropped by my good friend Tony at Superhero Sanctum and picked up Diamond Select Toys Star Trek: The Next Generation Femme Fatales Deanna Troi for $15 and Masters of the Universe vs. The Snake Men Man-E-Faces for $10 from Madhaus Toys.

Was it just me or has the show shrunk? The show floor size definitely got smaller than I remember and was comparable to the 80s Toy Expo and price of admission also went up. Was disappointed to learn there was no cheaper $10 ticket for “late entry” after 11am that I always opt for in the past. Swag bag size included with admission also shrunk in size and you get nothing inside besides an advertisement promoting the next TFcon and Ontario Collectors Con show. Not sure what happened internally with the convention organizer, but it felt like budget has been clawed back this year.

Found a lot of childhood grails this year. My favourites finds ought to be the Power Rangers Evil Space Aliens 8″ figures. The excitement and euphoria I experienced when I stumbled upon them is the very reason that I attend these smaller shows!